Many months ago, before the Brexit votes were placed, I never thought it would happen. My colleagues in and out of London were against it, as were my British friends in the city, and my boyfriend. Being new to the country and not understanding many of the issues the country was facing and regional nuances, it didn’t make sense to me why you’d want to leave the EU.

When it was announced that Brexit had indeed gone through, I was genuinely shocked. The pound plummeted. My boyfriend had trouble focusing at work that day and several of his colleagues and him left mid day to console themselves with (several) pints at the pub. Hate crime against Polish immigrants and Muslims increased nationwide.

I thought it would be a wake up call for Americans in the Clinton vs Trump presidential battle. Don’t make irreversible decisions like the UK did, my fellow Americans, I hoped. 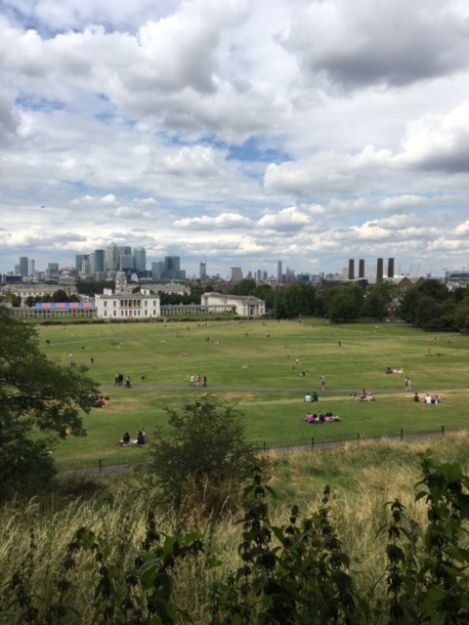 When Trump first announced his presidency, I thought it was a joke. As time went on though, I obviously realized it wasn’t. Almost everyone I knew was supporting Clinton, however, and the few that were supporting Trump kept quiet about it.

I too found him awful. His comments negatively resonated with me, and didn’t fit with the narrative of my life as a feminist, daughter of a Muslim, and daughter of two immigrants who have worked hard to be successful in this country. To boot, both my parents are extremely patriotic, and raised me to be the same.

To get as far as Trump did though, there obviously had to be people supporting him. As time went on and I saw the poll numbers the night before election day with Clinton leading 2-3%, I didn’t feel any sense of comfort. Just like Brexit shocked me, I felt wary that Trump would pull ahead.

I woke up Wednesday morning to the news that Trump was the new President-elect of the United States. Part of me felt relieved that the election was over. Most of me just felt disappointed. I didn’t have much of an appetite that day.

However, I’ve watched Trump’s acceptance speech where he hailed Clinton has someone we owe a debt to. I saw him have a productive meeting with Obama. As much as I understand why so many of my fellow Americans are pissed off, the voting is over. We don’t have to like him, but we do have to move forward.

I will pray and hope that the America Trump painted for us in his election season is not the country he actually plans to implement (that wall seems like it’d be awfully expensive). I will hold him to an extremely high standard after all the talking he’s done about ‘Making America Great Again’. I also hope he doesn’t ruin the progress in healthcare and human rights that we’ve made in the past eight years.

3 thoughts on “The Parallels of Brexit and Trump”