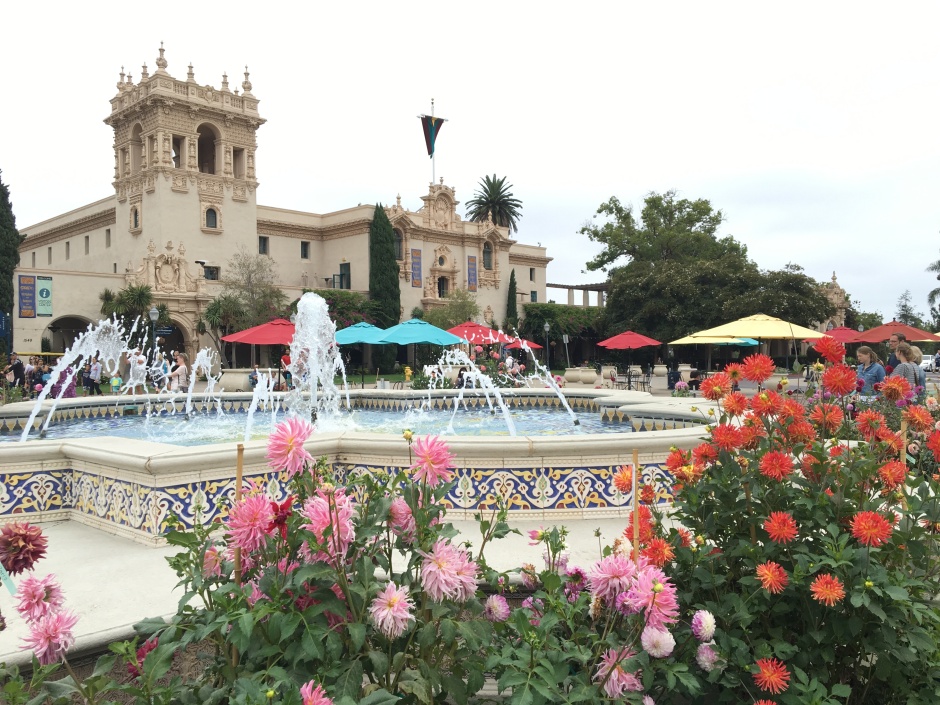 While my time in San Diego – my first time ever to California – was brief, I wanted to make the most of it. Fortunately, with two travel blogger friends who have both covered San Diego (shout out to The Voyageer and Lavender Vines!), I was able to whittle down a list for my first timers’ visit to San Diego. Here’s what I did and saw.

Immediately after getting off my cross-country flight, I knew where I wanted to go: the Greetings from San Diego mural. My excitement of being in San Diego, and especially in California for the first time, was pretty evident, so I thought this was the ideal way to kick off my trip. The images in the mural are also a great representation of what San Diego is known for: beaches, Coronado Island, outdoor sports, Comic-Con, the U.S./Mexico border, and Balboa Park. The mural is located at 4225 30th St, San Diego, CA 92104. 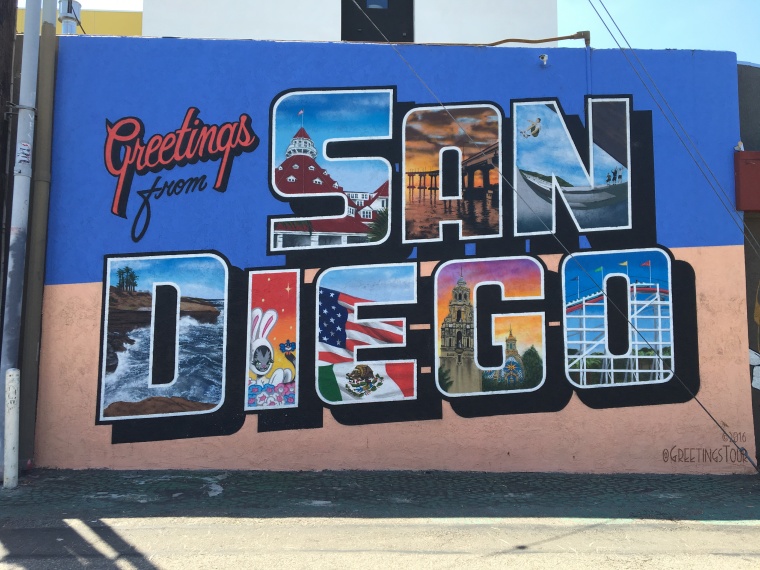 In-and-Out Burger is an institution in California. From the iconic red trays to the “secret menu”, I wanted to see what the place was all about. I opted for the classic cheeseburger and fries, and dug into the delight that awaited. While I still try not to think of how many calories that meal packed on, I was definitely glad I checked it off my west coast bucket list!

Everyone told me that when in San Diego I must visit La Jolla. Although it took a bit of time to find parking (even on a Monday afternoon?!), I eventually made my way down to the beach. Sitting along the cliffs of La Jolla truly was relaxing – the waves of the Pacific Ocean splashing, and families and couples were all around soaking up the sun and living in the moment. Palm trees dotted behind us added the perfect California dreamin’ touch.

Balboa Park was next on my agenda. Walking along El Prado on the west side of the park, I towered above hiking trails and the Cabrillo Freeway as I made my way into the area of the park that houses several of the cities museums (the Museum of Man, Museum of Art, and Natural History Museum, just to name a few).

Gatherings of families and friends and a street performer delighting young children with large bubbles made the place feel lively even on an overcast day.

While my time in the park was shorter than I’d have liked (you could easily spend a half day or day here alone visiting the museums and hiking), one of my favorite areas was the Alcazar Garden. The garden has ornate fountains with Moorish tiles and vibrant flowers in bloom, and made for a serene walk. 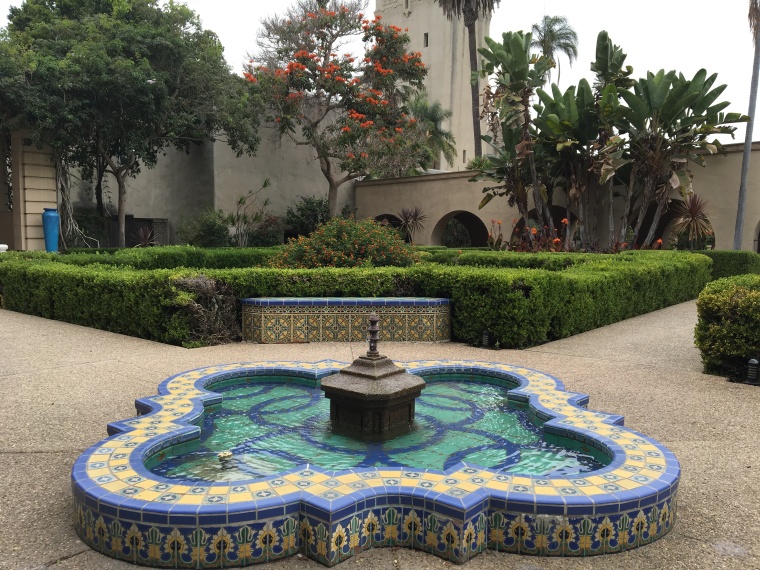 While I associated California as a state with wine, I came to find that San Diego most definitely is a beer city. So, I made my way to the North Park area of the city to check out the North Park Beer Company. I told my bartender to give me a flight of “whatever she likes best” – and it resulted in some pretty delicious, and varied beers.

While breweries are not exclusive to the North Park area (in fact, they’re all over), I liked checking out the area in general as its supposed to be one of locals’ favorite neighborhoods.

North Park is also a fantastic area to eat out – City Tacos has an extensive taco menu, Encontro North Park had churros to die for, and Bottlecraft North Park was a beer and cheese lovers dream. University Avenue, which is the main drag running through the neighborhood, is chock full of cool places to dine and drink.

I stayed at the Courtyard Marriott Mission Valley Hotel for $167/night. The hotel was centrally located (everything I saw was within a 20 minute drive of the hotel) and the staff was incredibly friendly, although the clientele tends be more business travelers than tourists.

Have you been to San Diego? What was your favorite first timer experience?

7 thoughts on “A First Timers’ Visit to San Diego”