Short on time but want to see the best of what Prague has to offer? This was my predicament when I visited Prague back in November, with just under 48 hours total in the city. Having mentioned some of the sites I wanted to visit to my friend John who lives in Prague, he mentioned that they were all in a circular path. This proved excellent advice as that’s how I planned my own one day walking tour of the city.

After getting a good nights sleep at Sophie’s Hostel, one of the most comfortable hostels I’ve stayed in, I headed out from Prague’s New Town to begin my journey of the city.

My first stop was one of the most popular historical structures in Prague, the Charles Bridge. The Charles Bridge, which crosses the Vltava River, dates back to its construction start in 1357 and was completed in the early 14th century. Up until almost four hundred years later, the bridge was the only means of crossing the river and therefore was an important connection between Prague Castle and Prague’s Old Town. Today you’ll find artists and craft sellers on the side of the bridge. The funny part is that they are required to switch sides of the bridge each hour!

After crossing the Charles Bridge, I headed over the the Lennon Wall. Since the 1980s, the Lennon Wall been filled with John Lennon inspired graffiti and pieces of lyrics from Beatles songs. Today the wall continues to be an inspirational outlet –  when I visited in November messages like ‘May the past be the worst of your future’, ‘Love trumps hate’, and ‘We will unite’ could be seen. 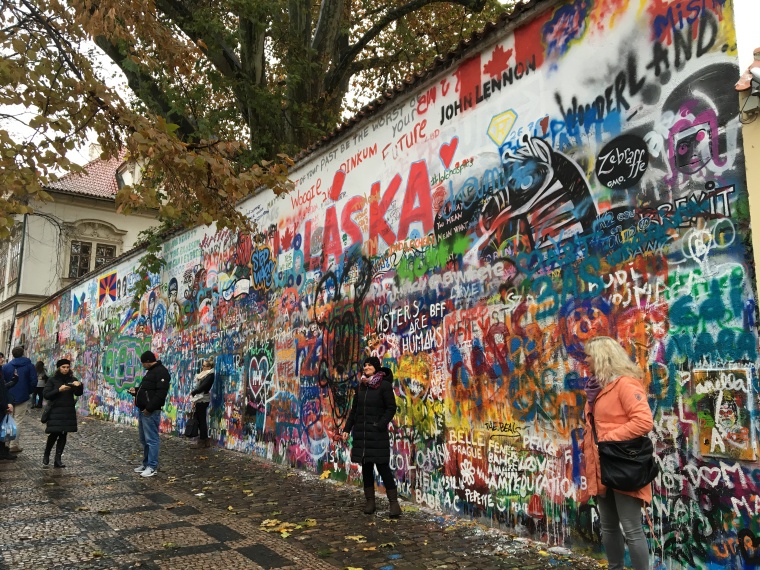 Just 50 meters from the Lennon Wall is also the Lennon Pub, if you fancy a pint or bite to eat at in their Beatles-themed interior!

I didn’t eat at the Lennon Pub, but I did head to Lokal which is a popular restaurant in Prague, even with Czechs! Lokal has delicious, classic Czech dishes that are made using fresh ingredients. They also have huge tanks where beer is drought straight into your pint!

One of the options on the menu is my half dark, half light beer pictured above. Lokal beer is delicious and light, so you can have a few without breaking the bank or feeling too guilty.

With a full stomach, I headed to the Old Town Square, which dates back to the 1300s. It’s one of the two main squares in Prague, and is has several cafes where you can admire Old Town Hall and the Prague Astronomical Clock. I enjoyed a mulled wine from one of the outdoor vendors while watching a street performer who blew huge bubbles over children who were daring enough! 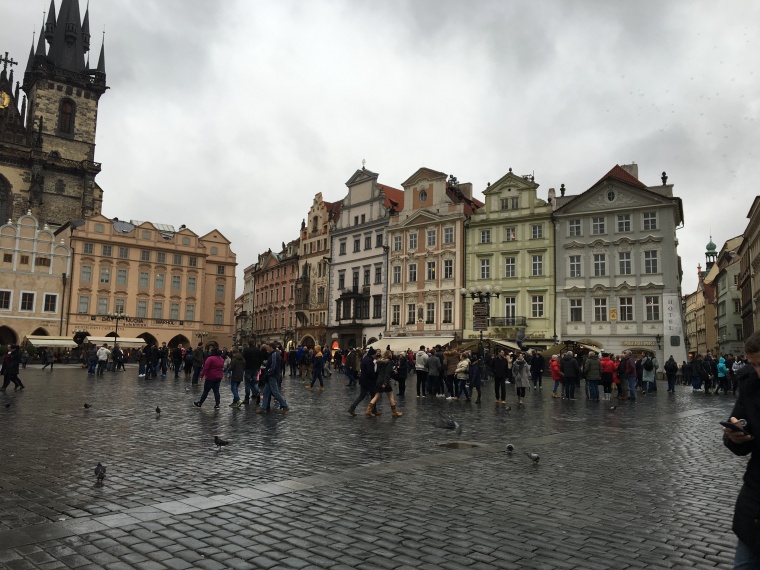 Part of Old Town Hall is Prague’s huge Astronomical Clock. To be honest, I couldn’t totally figure out how it works, but it did look fascinating.

Have you ever been to Prague? Which of these stops would you like to see the most?

If you’re interested in following my walking tour path, the map below shows the route I took and the relevant stops.

3 thoughts on “A One Day Walking Tour of Prague, Czech Republic”