Having studied abroad in Scandinavia last summer, I was yearning to go back to the region that I had enjoyed so much, and had yet to make it to Norway. Norway attracted me in particular because of it’s natural beauty – the country is known for its mountains, fjords, and long hours of sunlight in summer (the sun set around 11PM and was back up by 4AM!). So, I set off Friday night to visit Bergen, which is Norway’s second largest city and is surrounded by mountains and fjords.

I started my day Saturday by walking to Bryggen, Bergen’s old town with colorful wooden (restored) buildings dating back from the days of the Hanseatic League. Bergen was an important city for the fish trading industry, and these homes were built as the industry grew starting in the 1100’s. 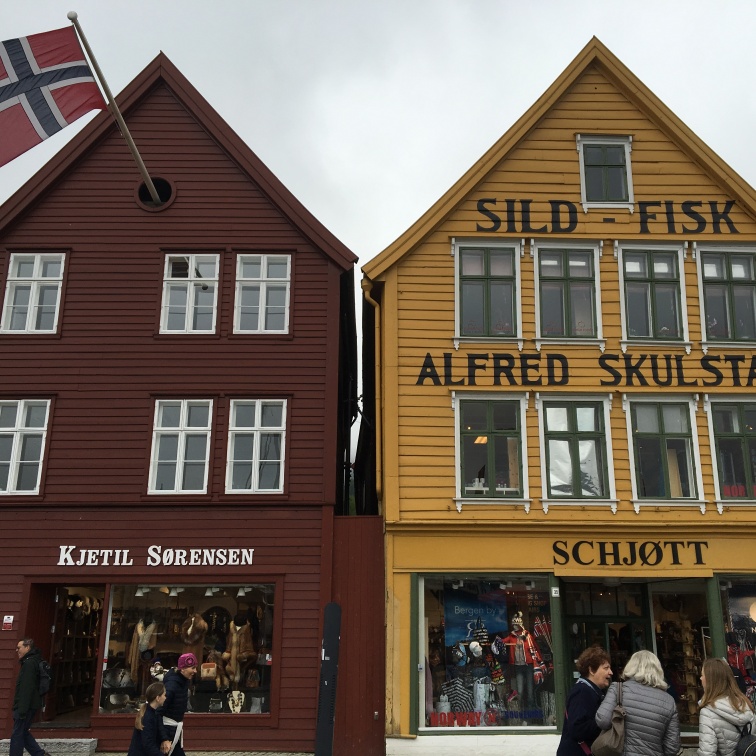 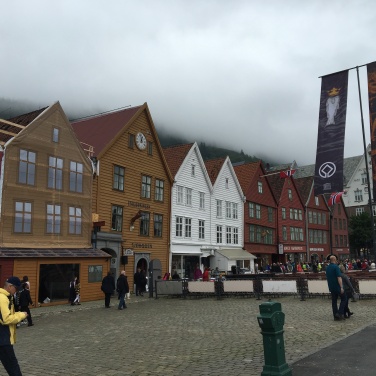 After walking around Bryggen, I headed to the Bergen Fish Market where I sampled reindeer and moose sausage. Both basically tasted like beef jerky and decided to buy some reindeer sausage to take home. There was also caviar, fish cakes, herring, open faced seafood sandwiches, and salmon. I had a seafood sandwich and fish cake as my lunch (picture on bottom right), which was really fresh and tasty. 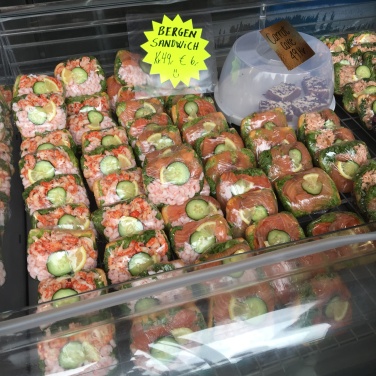 In the afternoon I took a four hour Rødne fjord cruise. The scenery was absolutely stunning – there were mountains towering on either side of us as the boat navigated through the fjord. At one point we even passed a waterfall, and could see traditional Scandinavian houses in small villages as we rode through – I was told that some of the children get to school by boat! Those outside would wave as the boat went by, and many houses had the Norwegian flag flying.

Small village by the fjord 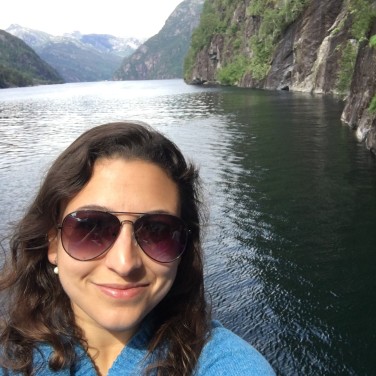 Sunday morning I headed to Mount Floyen, one of the mountains closest to Bergen’s city center. It was a short funicular ride to the top where I walked around briefly (it was lightly raining), and then I hiked about 40 minutes down the mountain. From the mountain you get a great view overlooking the city of Bergen. 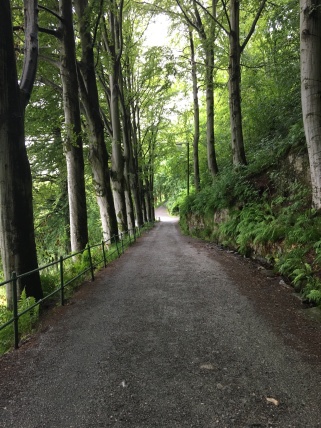 Hiking down the mountain

After my hike in the rain I wanted to do something indoors, so I went to the University of Bergen History Museum which had exhibits on Viking history, folk and church artifacts, and traditional Norwegian clothing. I really enjoyed the museum and a great perk was it was free with my (still valid!) student ID.

Bergen is a beautiful city, and the Norwegian fjord I saw was amazing, but I’ll be honest that except for the half day of sunshine it was chilly (55-60 degrees) and rainy almost the whole time. I still wouldn’t hesitant from recommending it though, I loved the scenery and its only a one and a half hour flight from London.